Plot with family house and garden is located in a residential area, comes from the first half of the twentieth century, the surrounding area consists of villas situated mainly in the lower part of the terraced gardens, whose rear edge is terminated by forest. The area has the potential to provide adequate intimacy. The existing garden with a villa is characterised not only by its terraced arrangement with many staircases and supporting walls, but also by a large number of preserved elements and objects. The design also responds to the currently planned extension of the eastern entrance, new garages and interior reconstruction.

The concept develops the phenomenon of terrace areas and clarifies the content of individual terraces, which is directly based on the predicted predominant purpose and activities. This creates a separate part of the front garden facing the street, a terrace next to the house, followed by a living room in relation to the interior of the main housing unit, an even higher open terrace with an old pear and finally a mysterious and shady forest terrace. The division is enhanced by the gradation of vegetation forms ranging from species typical of villa gardens to forest undergrowth species. Individual spaces and areas communicate with each other, while undesirable views are eliminated. A new feature is the water surface on the residential terrace. 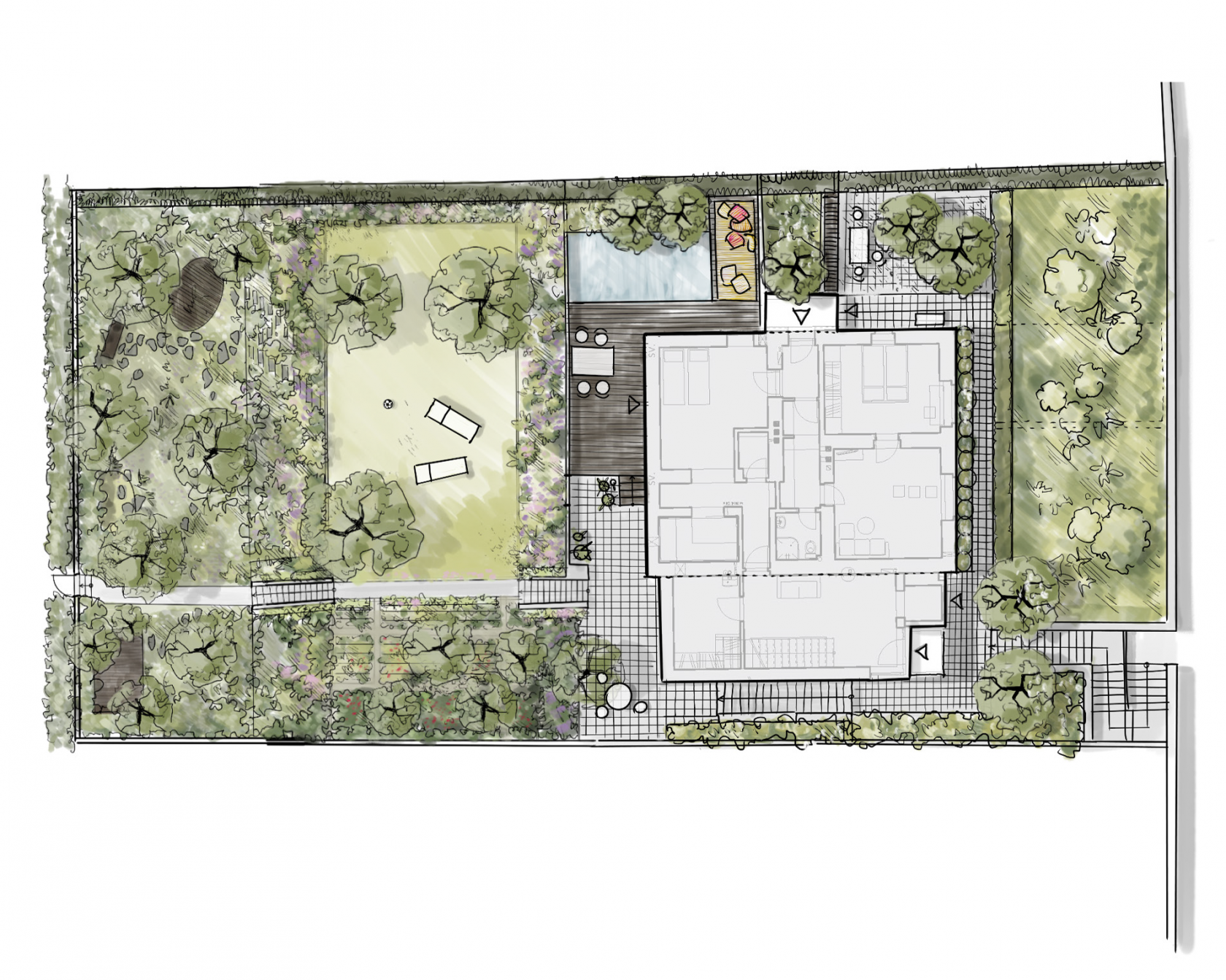 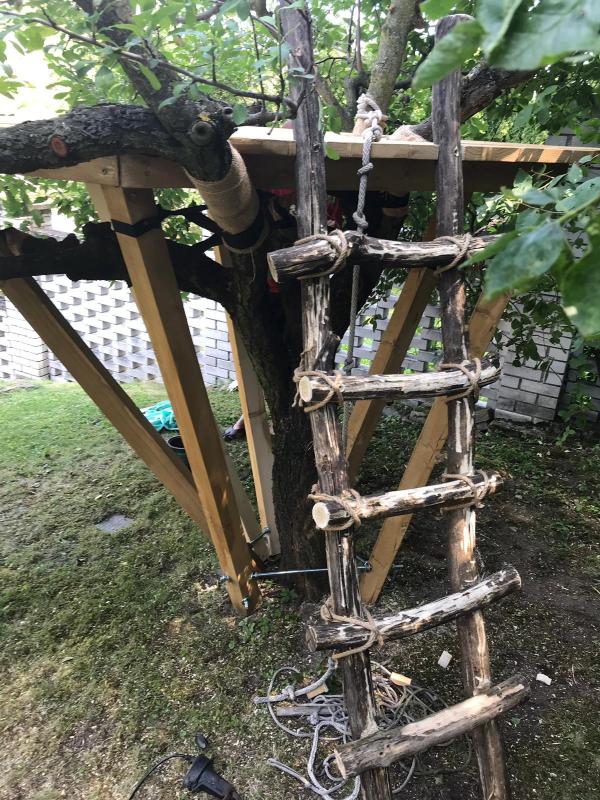 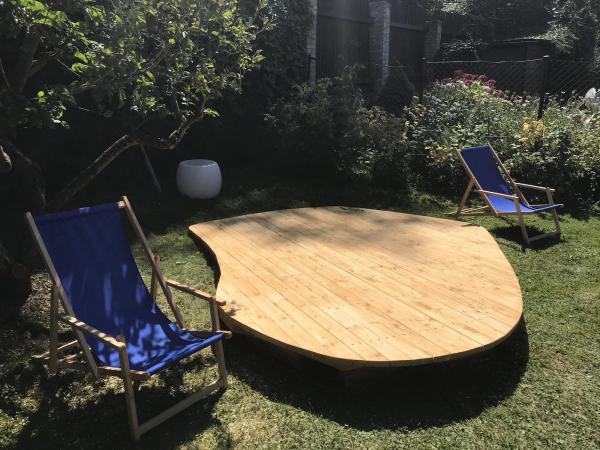 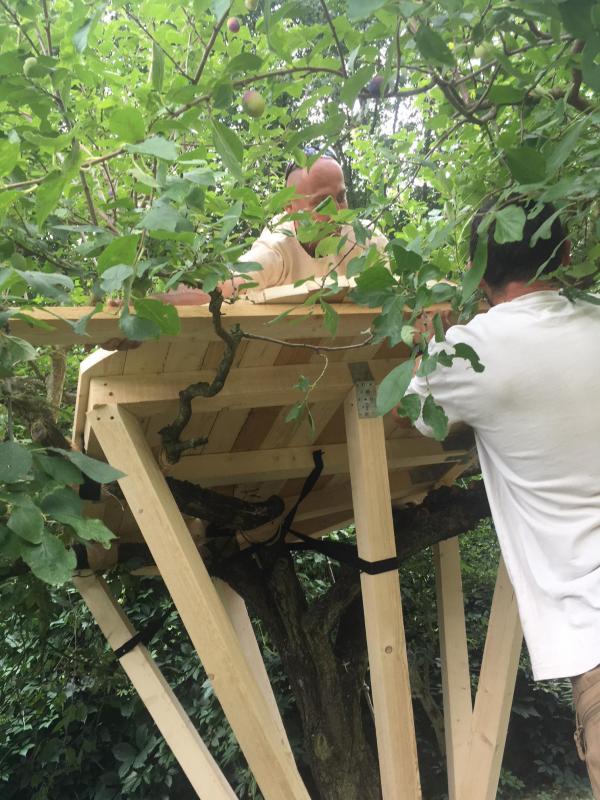 construction of a new tree dwelling 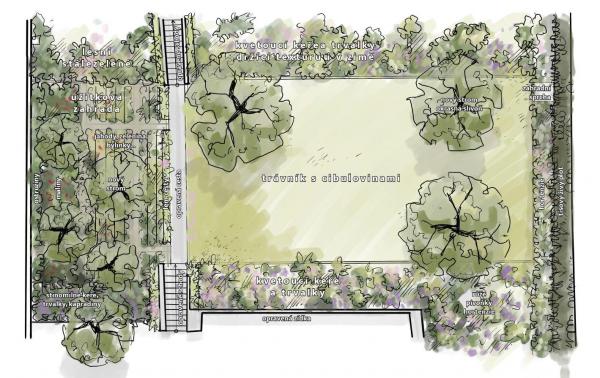 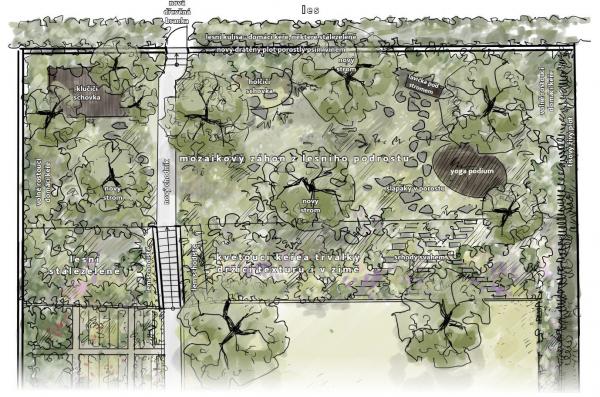 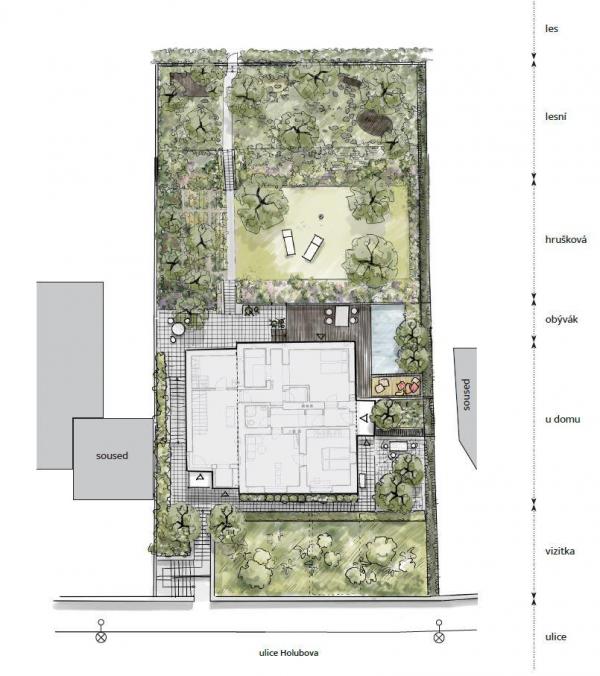 drawing into the photo, pear terrace

drawing into the photo, forest terrace

drawing into the photo, pear terrace

drawing into the living room

drawing into the living room

drawing into photo around house